Malaysia’s team sprint trio of Azizul Hasni Awang (fourth from left), Edrus Yunos (fifth left) and Rizal Tisin on the top of the podium after beating Japan for the gold medal yesterday.
THE national sprint trio of Edrus Yunos, Azizul Hasni Awang and Rizal Tisin earned a timely boost in their challenge for the Asian Games gold medal with victory over main rivals Japan in the final of the ACC Track Asia Cup in Hokudate, Japan yesterday.

With the victory in the team sprint, the Malaysians regained some confidence after their prospects came under question following their defeat in the Asian Championships in Sharjah in April.

Japan, who fielded veteran Kitatsuru Tsubasa with Tomohiro Fukuya and Kazuki Amagai, fired the first salvo by topping the time sheets in qualifying with a time of one minute 18.018s on the 400m outdoor concrete all-weather track.

Malaysia, the Asian team sprint champions last year, with Edrus as starter, Azizul on the second lap and Rizal as the anchor, clocked 1:18.374s to book a showdown in the final with Asian champions Japan. South Korea were third.

"This was a good start to our build-up towards the Asian Games and Commonwealth Games. The team sprint which we are banking on heavily showed they are getting their act together after the disappointment at the Asian Championships," said team manager Datuk Naim Mohamad.

"This is the first competitive outing since the team began the final phase of preparations for the big two events in October and November, so the results are promising.

"We decided to send just a small team of three riders, so with a gold, two silvers and a bronze medal, it is a healthy return."

Edrus had earlier got himself a second Asia Cup medal when he won the silver in the 1km time trial behind Amagai, while India's Bikram Singh Okram took the bronze.

On Saturday, Azizul and Edrus won the silver and the bronze in the 200m sprint.

Azizul lost to Tsubasa in the final, while Edrus beat Fukuya in the race for bronze for his first personal Asia Cup medal.

Posted by The Pocket Rocketman at 10:12 AM 2 comments:

PETALING JAYA: The team sprint trio of Muhd Edrus Yunus, Azizul Hasni Awang and Rizal Tisin served up a pleasant surprise for Malaysia when they beat favourites Japan to bag the gold medal in the Track Asia Cup in Hakodate, Japan, yesterday.

Edrus was the starter with Azizul as the second rider and Rizal anchoring the team and they put themselves in the gold medal round after finishing second fastest in the qualifying heats held on a 400m asphalt track in 1:18.374 behind Japan, who posted 1:18.018.

But in the final, they upped the ante by posting 1:17.183 to snatch the gold from Fukaya Tomohiro, Amagai Kazuki and newly-crowned 200m sprint champion Kitatsuru Tsubasa, who clocked 1:17.247.

It was the first time Malaysia claimed the team sprint gold medal in the Track Asia Cup and only the second success in the discipline at the Asian level.

At the Asian championships in Indonesia last year, Hafiz Sufian, Azizul and Rizal were the team sprint gold medallists.

Edrus gave Malaysia a second medal for the day in the 1km time trial, taking the silver medal in 1:07.553.

Team manager Datuk Naim Mohamad said that Rizal did not complete the second leg of the omnium, the 30km point race, which was scheduled close to the start of the team sprint final.

Omnium is track cycling’s version of decathlon in athletics and it is an event in the 2012 London Olympics.

“Rizal did not finish the point race due to a strategic move to have him in the best of condition for the team sprint final.

“Coach (John) Beasley felt we have a good chance to take the gold and it paid off,” said Naim.

“Our performance here augurs well for our chances in the Asian Games.

“We are still experimenting with the best line-up but I believe we should be fighting with Japan, China and South Korea for the medals.

”We have also never won a medal in Asian Games team sprint and we will aim for it in Guangzhou in November.”

There is hope for Malaysia to add to their medal haul of 1-2-2 on the final day of competition today.

Azizul and Edrus, who bagged silver and bronze respectively in the 200m sprint on Saturday, will feature in the keirin final. And Japanese riders Tomohiro and Tsubasa, the 2006 Doha Asiad 200m sprint gold medallist, will be the ones to beat.

Posted by The Pocket Rocketman at 10:08 AM No comments: 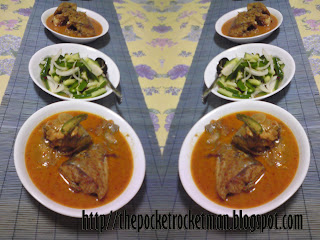 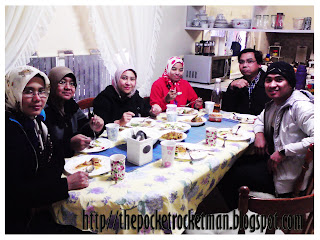 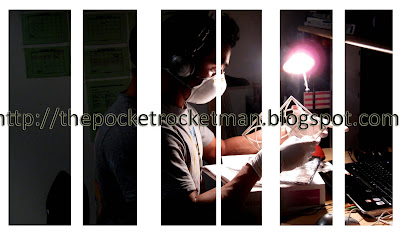 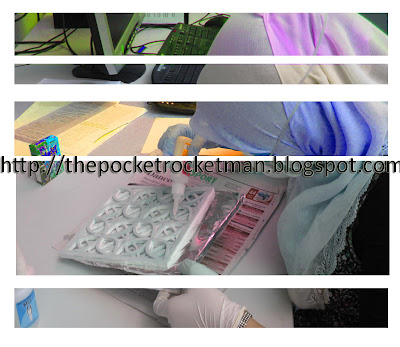 MAHA
Posted by Tyazizul at 12:18 AM No comments: