Here are some pictures of me during the charity ride in Putrajaya on 24 of September this year.Credit the pictures to Cycling Asia for pictures.As the aim to raise funds for Leukemia patiens in Malaysia who cant afford for the treatments.The patients will undergo the treatment at Sime Darby Medical Centre Subang Jaya.Through out a day in Putrajaya,i was really happy with the event.It went so well and glad so many people from different range of age participated.

Baking A Cake for Special Someone

I have no class today.So i think i should just update my dashboard!!!
To tell you this,cooking is my passion.As i've mentioned before in my previous post under resepi category ,i love to cook and bake.Even sometime,the final product wasnt exactly 100percent good.!!!!Hahahaha..But u know,i really like to try something new..So far,i ve tried to :-
Bakery is one of good industry.Probably we as a Muslim really need to beware of the products out there .Need to make sure 100percent is Halal.So,when ur abroad,its hard for you to get the best Halal Cakes .After considering it,i think it is the best time for me to bake a cake for my wife on her birthday.I should anticipate something different from the previous one.

Since,I moved to my new home.I rarely spent my time at the kitchen .Well,i think this is the best time to appreciate what my wife has done .I called my sister in law,and asked the recipe directly from her.I used to eat the cake before in her house and the taste was really great!So yes!!!!! lets bake chocolate cake with PocketroKetman.!Somehow,she asked me to make macaroons but i know woman indulged with chocolate the most. 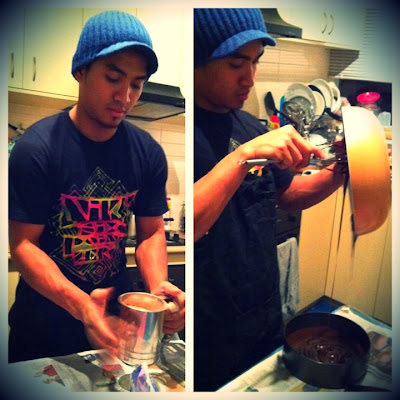 I was quite nervous preparing for the cake since this is my 1st time doing it.However,i dare to do anything to my beloved wifey. 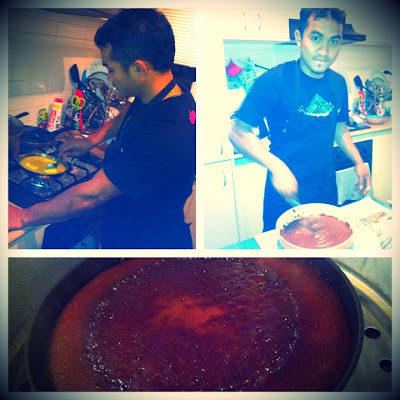 It took 1 hour + for the whole process.Quite simple and i think everyone especially "men" should try this at home. 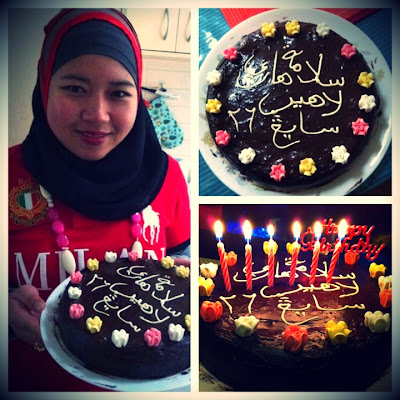 Here is the cake and the birthday girl.I havent got a chance to celebrate the birthday on time since we both met.This time,i went to Sydney for Grand Prix.Last year,was the Commonwealth Games.Well,to avoid her from making a sulking face,early celebration is needed. 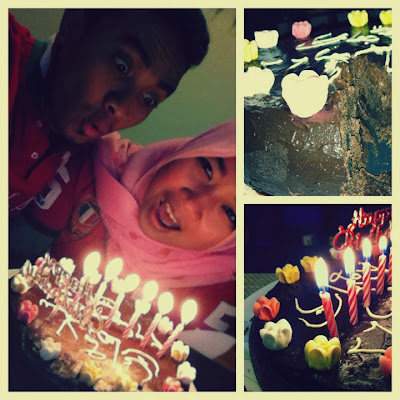 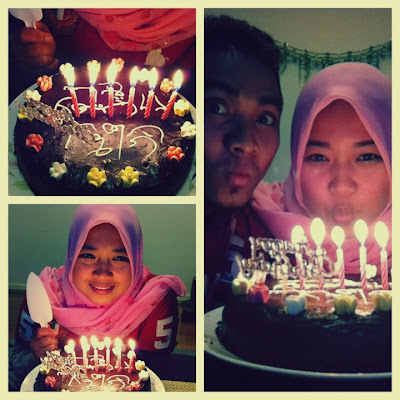 Happy Birthday to my gorgeous wife.I hope u like the cake .May Allah bless both of us .Insya Allah, you will get a job soon.Just keep on praying and dua forever.I love you so much.Ya Allah, protect our marriage from the whisperings of Shaytan. Give us the strength to live together in justice, equity, love and, mercy.My Lord, let this marriage bring untold blessings to us individually, to our families, and our children Insha Allah.
p/s:Thanks a lot to my sister in law,Kak Shu for sharing the recipe.

Posted by The Pocket Rocketman at 1:35 PM 8 comments:

Salam and Hello to my cyclist fans out there.Hows your day so far?Well,im indeed busy and will be busy eternally to prepare for my new come back!However,even bz with training and stuff. Doesn't mean I have no time to explore my new hobby.To tell the world,i love gardening!
The Prophet was always keen to increase agricultural resources and to expand the healthy environment. He said: "Any trees a Muslim may plant, and any seeds he may cultivate from which man or animal, or any other creature, eats, count as an act of benefaction"62. He also said: "Whoever cultivates land that has been dead, that land becomes his own"63. However, he strictly forbade the cutting of trees. He said: "Whoever cuts a tree (unnecessarily) will have his head thrown directly into Hell"64.
As I've mentioned in several of my previous post.I just moved into a new home with a yard just begging to be gardened.And now that it's spring time!I love to cook as well and have a dream to make my house like Jamie Oliver's .As such,it's important that we eat from an organic plant.A highly important factor of health promotion is proper nutrition. Choosing wholesome food and avoiding what is unwholesome are essential to health. God says in the Quran: Eat of the good things which We have provided for you. (2:173) Eat of what is lawful and wholesome on the earth. (2:168) Describing the Prophet God says: He prohibits them from all that is foul. (7:157)
Anyway,here come the babies :- 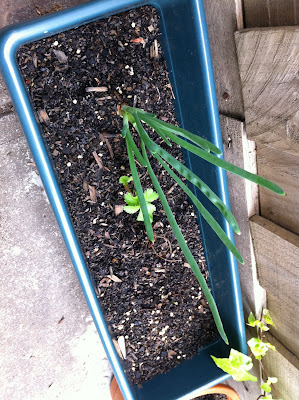 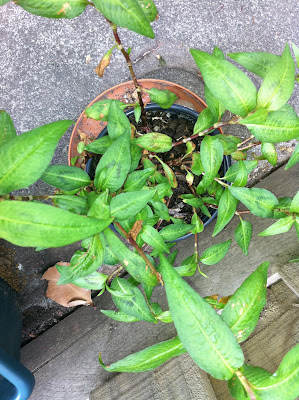 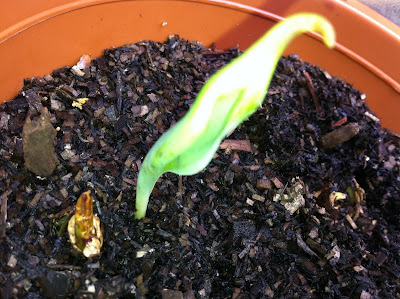 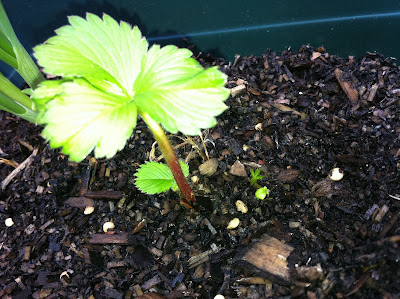 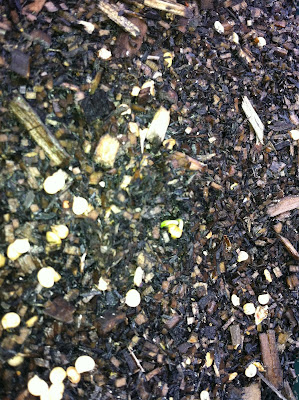 Lets hope my plants will grow quickly so i can try myself to plant others too.Adios Amigous.

KUALA LUMPUR: Many ordinary people have shown tremendous courage by risking their lives and limbs in order to save others.
For seven unsung heroes comprising Malaysians from all walks of life, their heroic acts have won them recognition. They were honoured recently at the F&N Out-Do-Yourself Award (OYA) presentation ceremony.

Jonathan Jobal, 14, from a village in Keningau, Sabah, saved his two cousins in a fire.

"I was scared and alone but I know if I didn't save them, I would regret it for the rest of my life. My aunt who went out to tap rubber had told me to look after them," said Jonathan, whose ambition is to be a fireman.

Another act of bravery came from a petite woman living nearby the Belum Forest Reserve near Gerik.

Han Besou, 55, saved her husband, Tambun Gediu, 60, from a tiger attack using only a ladle.

However, both of them could not attend the award ceremony due to transport problems. Their awards were nevertheless presented to them by F&N at their home.

The company's senior manager Long Wey Hin who went to Han's place retold her story about how Han's husband's head was underneath the tiger's mouth, but her ladle still saved the day as she used it to chase the big cat away.

Lau Chooi Lin, 51, received the award on behalf of her late husband, Ong Kim Koon, who was hit by a car right after he saved a couple from a road accident last April.

"He had been always helpful and I am so proud of him even though we had lost him for his kind deed," said Lau.

The fourth hero, Tey Chong Suan, 74, rescued one of two boys from being swept away by strong currents in a river near his house in June 25 this year.

Besides that, a couple, Tan Choo Tang and Wee Phooi Khuan were honoured by F&N for their generosity for sponsoring their Indonesian maid Sarmini Muhyadi to get her diploma.

"We forget that even the most ordinary people on the street are capable of greatness."

The winners were each awarded RM5,000, a certificate and plaque as well as a host of F&N products.
Posted by The Pocket Rocketman at 2:56 PM No comments:

Take it or Leave it? 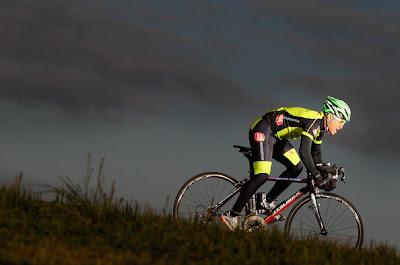 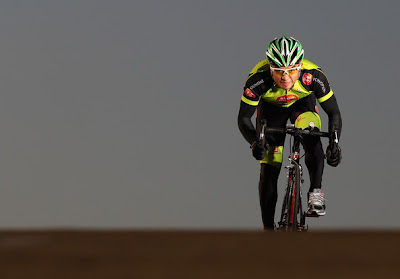 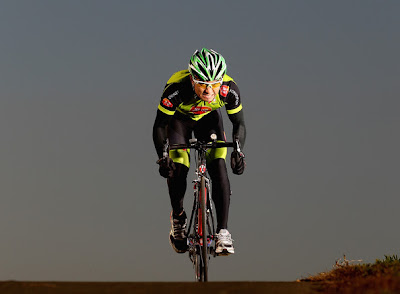 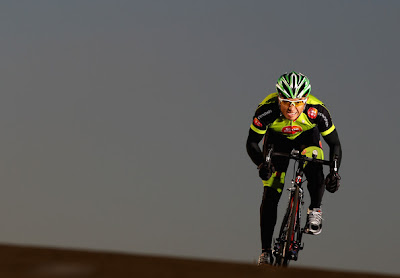 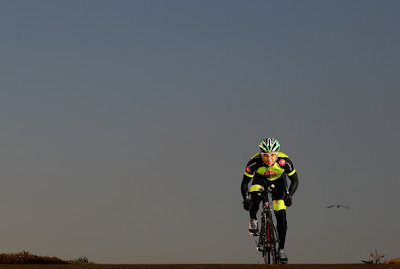 What the point of riding ?