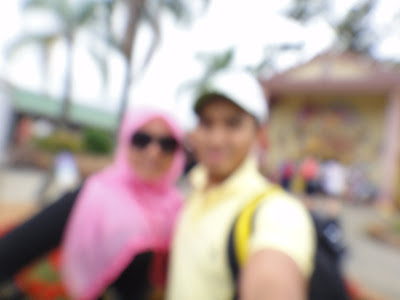 Merry Christmas and Happy New Year everyone!
Cheers
Posted by The Pocket Rocketman at 11:09 PM 5 comments:

PETALING JAYA: The Negaraku national anthem was heard for the first time on South American soil as cyclist Azizul Hasni Awang blazed to a superb victory in the keirin final in the second leg of the UCI Track World Cup in the Colombian city of Cali on Friday night.

Azizul gave the newly set up Malaysian Yayasan Sime Darby trade team their first success in wonderful fashion by staying undefeated from the first round.

One more: Azizul Hasni Awang showing the gold medal he won in the keirin final in Cali, Colombia, on Friday.

Azizul had won his tough second round heat in superb fashion to book a place in the final, which saw the reigning sprint world champion Gregory Bauge of France eliminated after failing to make the top three.

Another Malaysian Hafiz Sufian, who rode under national colours, failed to progress to the second round after losing the repechage.

Azizul earned automatic qualification by virtue of winning the first round heat earlier.

Not only has Azizul preserved his stellar record of having won at least one of the four existing World Cup meets on the calendar since making the senior ranks three years ago, but he has now emerged as the overall leader after the halfway mark.

The 12 points earned in Cali plus the two from the ninth placing in Melbourne two weeks ago put him at the top with 14 points – two more than reigning Olympic champion Chris Hoy of Britain.

Team manager Datuk Naim Mohamad was delighted with the performance of Azizul, who continued to put Malaysian cycling on the world stage.

Azizul ended a 40-year gold medal drought when he led Josiah Ng to a one-two finish in the keirin final at the Guangzhou Asian Games last month and it turned out to be the only success for Malaysia in an Olympic discipline.

“Azizul warmed the hearts of over 3,000 Colombians who thronged the velodrome on a cold night in Cali to see the world’s best cyclists in action,” said Naim in a telephone interview from Cali yesterday.

“Coach John Beasley’s strategy of resting Azizul from the team sprint yesterday (Thursday) paid off handsomely with Azizul delivering the gold in his favourite keirin event.

“Azizul had a shaky start in the first leg in Melbourne following a hectic schedule in the Commonwealth Games and Asian Games.

“But his return to top form puts the Road to London programme back on track after a miserable outing.”

Woman cyclist Fatehah Mustapa missed out on qualification for the top 16 knockout stages in keirin after finishing 22nd in 11.933.

Fatehah is scheduled to compete in keirin on the final day of competition while Azizul leads the Malaysian charge for the sprint along with Edrus and Sufian.