Azizul to use ACC to gauge his form 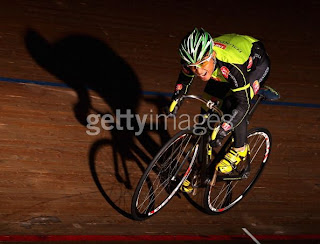 PETALING JAYA: Olympic cyclist Azizulhasni Awang plans to gauge his form at the Asian Cycling Championships (ACC) in New Delhi from March 7-17. Azizul could only have a short preparation for the ACC due to a visa snag which delayed his return to rejoin national coach John Beasley at the national training camp in Melbourne. The 26-year-old also skipped the UCI Track Cycling World Championships in Minsk from Feb 20-24. The ACC will also be the first proper international competition for Azizul since he competed in the London Olympics last August. The Dungun rider finished sixth in the keirin final in London. “The ACC marks my return to competition after the London Olympics ... I had a long break and also welcomed my daughter Amna Maryam last November,” said Azizul, who’ll leave for India this weekend. “Then my training programme suffered because of the visa snag ... so, I’m taking the ACC this time as more of a training session. “It will also be a good stage for me to gauge where I stand. It’ll give me an idea of what and where I need to improve when I return to training.”
Posted by Tyazizul at 2:42 PM